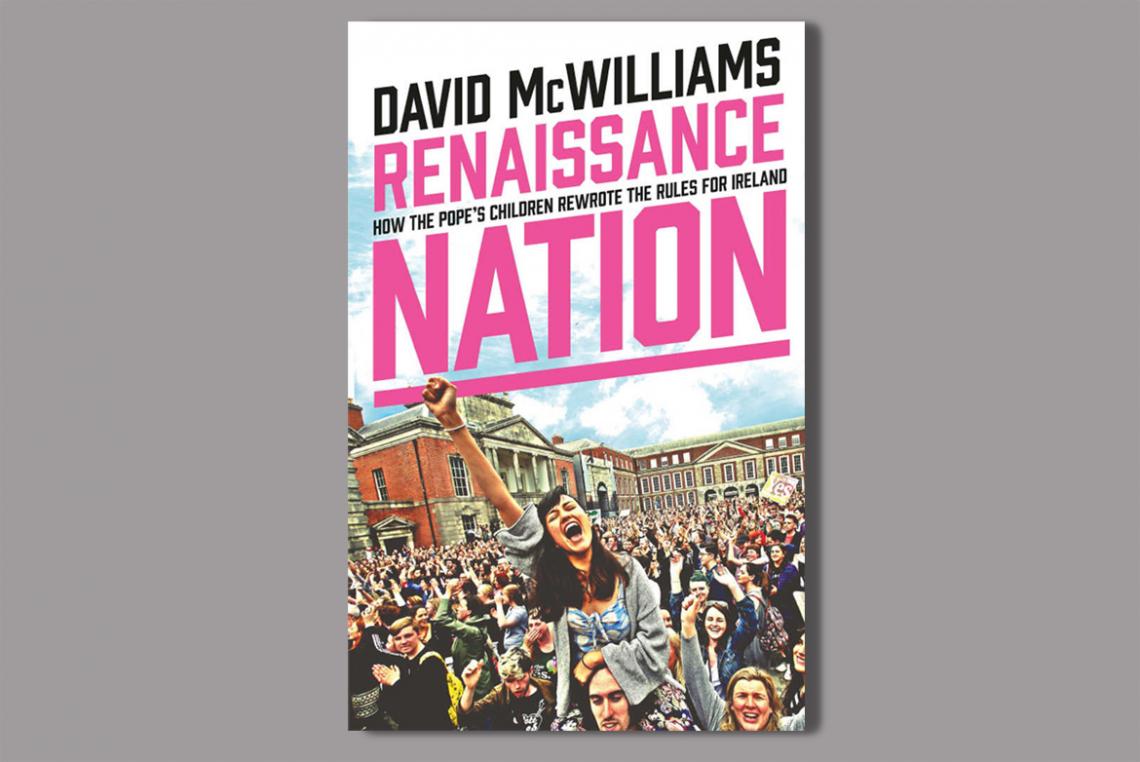 David McWilliams returns with another Irish economics book wrapped in characters, stories and comparisions. After listening to his interview on the Blindboy podcast, I picked up Renaissance Nation. McWilliams is great at observing trends in Irish society, breaking them down and classifying their origin, nature and intent. He is also adept at building his own narrative universe, both within the book and across his other books, by rebasing the economics facts and theories he discusses from the point of view of characters like Quango Man, Sliotar Mom and Happy Pear Man (the evolution of Breakfast Roll Man, for those keeping track). These sterotypes, along with the humourous geographical classifications like New Wexico and Stoveland, are the sugar-coated delivery of some insightful and thought provoking opinions on and options for the various economic postions and problems Ireland faces at the moment.

McWilliams looks at the housing crisis, the proof that there is one, why it came about, what can be done to fix it and what happens if we don't. He also looks at Northern Ireland in the context of Brexit and the implications for both economies if both countries find themselves on the doorstep of a border referendum in the not too distant future. These topics are two of many that are addressed in the latter half of the book. Before that, the main theme or theory of the book is fleshed out in great detail, how the relaxation of isolationist government policy and the reduction in control by the Catholic Church in Ireland from 1979 onwards have been the contributing factors to the massive economic growth that Ireland has had since the nineties. He posits that a tolerant, understanding and free people lead to a growing economy and that the the successful repealing of the 8th amendment is a testament to how far Irish society has changed in this period.

McWilliams does a good job at framing issues and solutions in the context of the wider world and helps the reader see beyond the four provinces of Ireland. He compares the growing Irish economy of the nineties to Germany, the population density (or lack thereof) of Dublin city centre with Copenhagen and how a national fund in FDI multinationals could fund and bolster the Irish economy in the same way Norway has done with their oil resources. The biggest takeaway for me in reading this book though was the optimistic economic outlook that is portrayed. The book is in stark contrast to listening to the Irish news which wants us to believe that the country is crap because of all the problems. Not that there aren't problems, but this book helps you to remember that despite the problems, the Irish people have excelled in the open market and lifted ourselves out of the economic depression of the eighties by "having a go" as McWilliams puts it, and long may it continue.

If you use this affiliate link to buy the book on Amazon, the commission will go towards running FoundThisWeek.com (thanks!).

Review: The Man Who Killed Hitler And Then The Bigfoot