This week I watched Edgar Wright's excellent documentary The Sparks Brothers, about the band Sparks. To my musical shame, I didn't know who Sparks were beforehand, aside from recognising their early hit This Town Ain't Big Enough For The Both Of Us, without knowing the name of the band.

The documentary educates the viewer and illuminates the fact that the Sparks brothers are pioneers in their field, have re-invented themselves numerous times in the name of artist expression and progression, and have influenced countless famous bands and genres. They are also hilarious and have a huge catalog of music to explore once you've been hooked after watching this doc!

Delush - The Journey To Zero 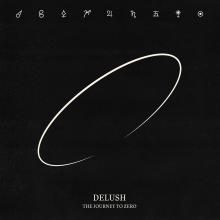