#188
This week's interview over on Smart Thinking Books is with Úna-Minh Kavanagh, author of Anseo. Úna-Minh was very kind to tell me about her favourite smart thinking books. Her beautiful new book Anseo is available now.
Life
Review

#186
Thi sweek I launched a new website called SmartThinkBooks.com. The aim of the site is to shine a spotlight on books that can fuel your mind! Many smart thinking books have changed the way I look at the world for the better, so I started this site to help spread the word. Please consider subscribing to our newsletter to get the latest posts direct to your inbox.
Life
Motivation
Review

#185
This week I watched The Game Changers on Netflix and I was blown away. Ever since encountering How Not To Die by Dr. Michael Greger and NutritionFacts.org, I've learnt that plant protein is far healthier than animal protein. Watching The Game Changers really contextualised this in terms that everyone can understand, using professional athletes to illustrate just how inhibiting a meat based diet can be for their performance.
Environment
Life
Review 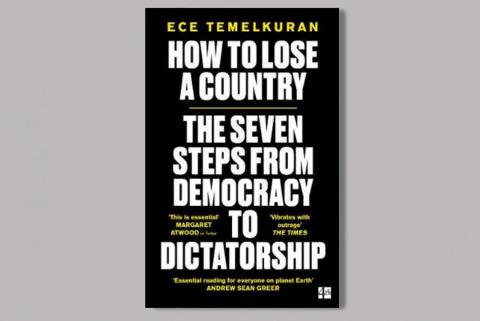 #184
How To Lose A Country is an excellent comparison of the stages involved, tactics deployed and effects felt by the rise of populism in Turkey versus the current political establishments and campaigns in the US, UK and other Western countries. Temelkuran delivers her material using a mix of stark analysis and gut wrenching emotion, weaved together in a tapestry of wit and grave importance. A fantastic read. If you use this affiliate link to buy the book on Waterstones.com, the commission will go towards running FoundThisWeek.com (thanks!).
Review

#181
This week I started watching Rhythm + Flow. It's like a Rap X-Factor, where contestants compete for a prize of $250,000, supervised by Chance The Rapper, Cardi B and T.I. I lost interest in these type of competition shows years ago but I decided to give this a look because the production quality is high and I was interested to see how rap and hip-hop content would be delivered and judged, because I know very little about it.
Music
Review #180
This week while spiralling down a Netflix film selection blackhole, I came across a film called The Man Who Killed Hitler And Then The Bigfoot. The intruiging title led me to do a quick score check on IMDB which returned a 5.6, which isn't great. However, my curiosity got the better of me plus Sam Elliot (The Big Lebowski, We Were Soldiers, A Star Is Born) is a joy to watch so I jumped in.
Review #179
This week I finished reading Gaeilge: A Radical Revolution by Caoimhín De Barra. The book does an excellent job at describing the many facets of the relationship between Ireland and the Irish language, from ancient history to modern day. De Barra debunks all of the automated responses most of us Irish have inherited about Gaeilge, such as "It's the way it is taught" and "You'd be better off learning Mandarin".
Review 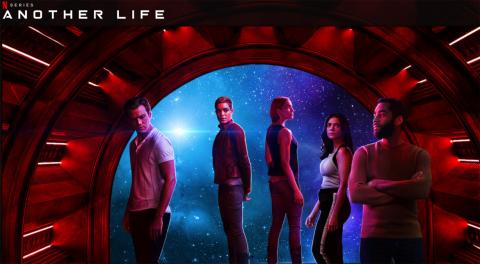 #170
I just finished watching the first season of Another Life on Netflix. As soon as the trailer showed Katee Sackhoff (Starbuck!), I was in. After a mysterious alien artifact lands on Earth and starts sending a signal to a deep space planet, a ship is sent to investigate the planet and possibly attempt first contact, while scientists on Earth try to engage with the artifact. Most of the show takes place on the ship with Katee Sackhoff as commander however the drama (and there is lots of drama) also unfolds on Earth where her husband is the chief scientist studying the artifact.
Review

#169
This week Channel 4 finished airing the 6 week mini-series Catch-22, the TV adaptation of Joseph Heller's 1961 novel. The show was produced by George Clooney, who also directed some episodes and has a cameo role in the show. I haven't read the book, so I can't say how well the TV show compares, but I did find the show entertaining, shocking, emotional and satirically hilarious.
Review 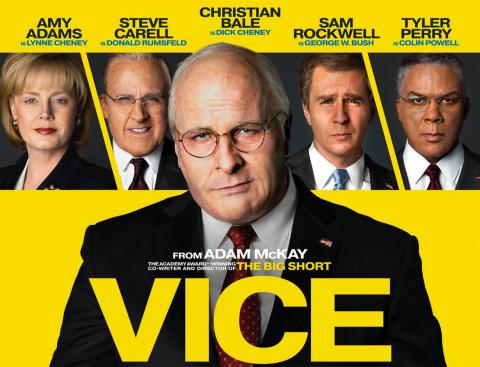 #166
This week I watched Vice, the true story dramatisation about Dick Cheney's rise to power from aid to Donald Rumsfeld during Nixon's White House to Vice President to George W. Bush. The film is directed by Adam McKay who directed The Big Short and has a similiar style of engaging narrative mixed with sometimes unorthodox delivery of information. My favourite of these is the restaurant scene where the main characters choose from the menu on offer which includes enemy combatant, enhanced interrogation, Guantanamo bay and extraordinary rendition.
Review