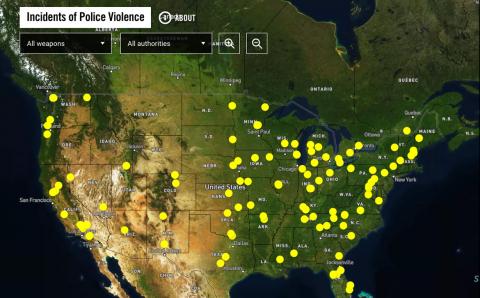 #217
Amnesty International has analysed 500 videos and 125 incidents across 40 states and districts to produce an important map of recent police violence in America.
Data Vis
Life

#217
Spanish newspaper El País published a fascinating analysis of three indoor Covid outbreaks and looks at how they could have been avoided. The article suggests mitigation techniques in the relation to outbreaks in a call centre in South Korea and in a restaurant and on a bus in China.
Business
Data Vis
Life

#214
The annual Stack Overflow Developer survey has been released. Poor old VBA is still top of the pile as the most dreaded programming languages :-) Thoughtworks also released the latest version of their technology radar, which is a great resource in seeing which techniques, tools, platforms and languages that are gaining traction with the tech landscape.
Data Vis
Tech 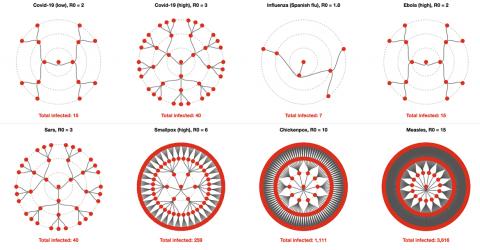 #208
The Guardian published an interesting interactive visualisation article describing R0, the basic reproduction number, which is the metric used to measure the contagiousness of a pathogen. Reducing the R0 of Covid-19 is funadamental in preventing exponential infections of the virus and will determine how lockdown restrictions can be lifted.
Data Vis
Life
Science 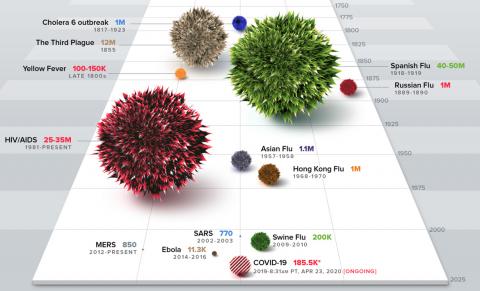 #208
Visual Capitalist published an informative infograph showing the different pandemics throughout history with the size scaled to the number of deaths.
Data Vis
History
Life

#205
Researchers at Stanford created an interactive model to simulate the results of different long term COVID-19 intervention strategies. The models show that lifting strong social distancing measures too quickly (between 5 and 10 months) will result in a resurgence of cases that could overwhelm hospital capacity. One solution to this in the long term is the lightswitch method, where strong social distancing measures are turned on once a hospital capacity threshold is reached (e.g.
Data Vis
Life
Science

#203
Kyle Redelinghuys created an API for Coronavirus data released by John Hopkins CSSE. The API allows the number of cases per country to be broken down and retrieved.
Data Vis
Life
Science
Web Dev 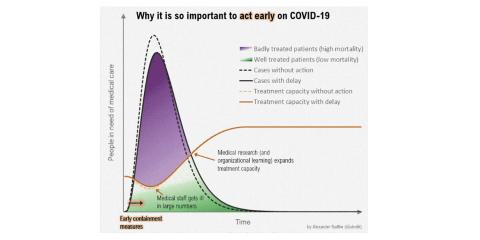 #202
Tomas Pueyo has an excellent post on medium about why it is so important to try to flatten the curve of the COVID-19 pandemic early. The post describes how social distancing and self isolation today can help health systems cope with the high numbers of cases that are inevitable.
Data Vis
Life